Community Team here, ready to finally dive into some of the juicy details of Season 2 and what tomorrow's big update will bring to The Cycle: Frontier.
Thank you everyone for playing and providing feedback over the course of Season 1, it has been quite the ride so far and we're hopeful that this new update will further invite our players into to the depths of uncertainty, mystery, and madness that Fortuna holds. We appreciate your engagement, your patience and your interest in our game and we hope that the Depths of Tharis Island will make you feel as immersed as we do.

Over the course of Season 1 we have learned many things and squashed a lot of bugs. Players have made faithful allies, fearsome foes, and shared hilarious clips. They've been chased out of the jungle by Marauders and experienced epic adventures as they walked the soil of Fortuna III, all while hunting for fame and fortune with the Cycle looming over Fortuna III.
With all of that in mind, the 2.0.0 update brings new content, a new map called Tharis Island, a new Fortuna Pass with new Prospectors and amazing skins, balancing changes, a rework to Marauders and more! Let's jump right into all this new stuff, starting with our first good ol' Seasonal Wipe. Players will start off Season 2 completely fresh and leave their stories of triumph (and shame) with Season 1 in the past by cleaning the slate for every Prospector out there.
You will of course be able to keep all the Aurum and cosmetic elements you've unlocked so far. Equipment that was included in previously purchased Welcome Packs as well as starting equipment provided to you by Badum will be regranted to your account when the new season begins.
On top of this, we also hope that the story your Prospector creates in the new season will differ from the previous one by providing you with new content to experience. Its almost as if the Cataclysm didn't happen. It did feel real though, didn't it? Ah let's worry about that some other time. We're sure you all want to know why it all happened, but for now, let's get back on the grind for K-Marks and gear. The factions always need bodies to do their dirty work after all. 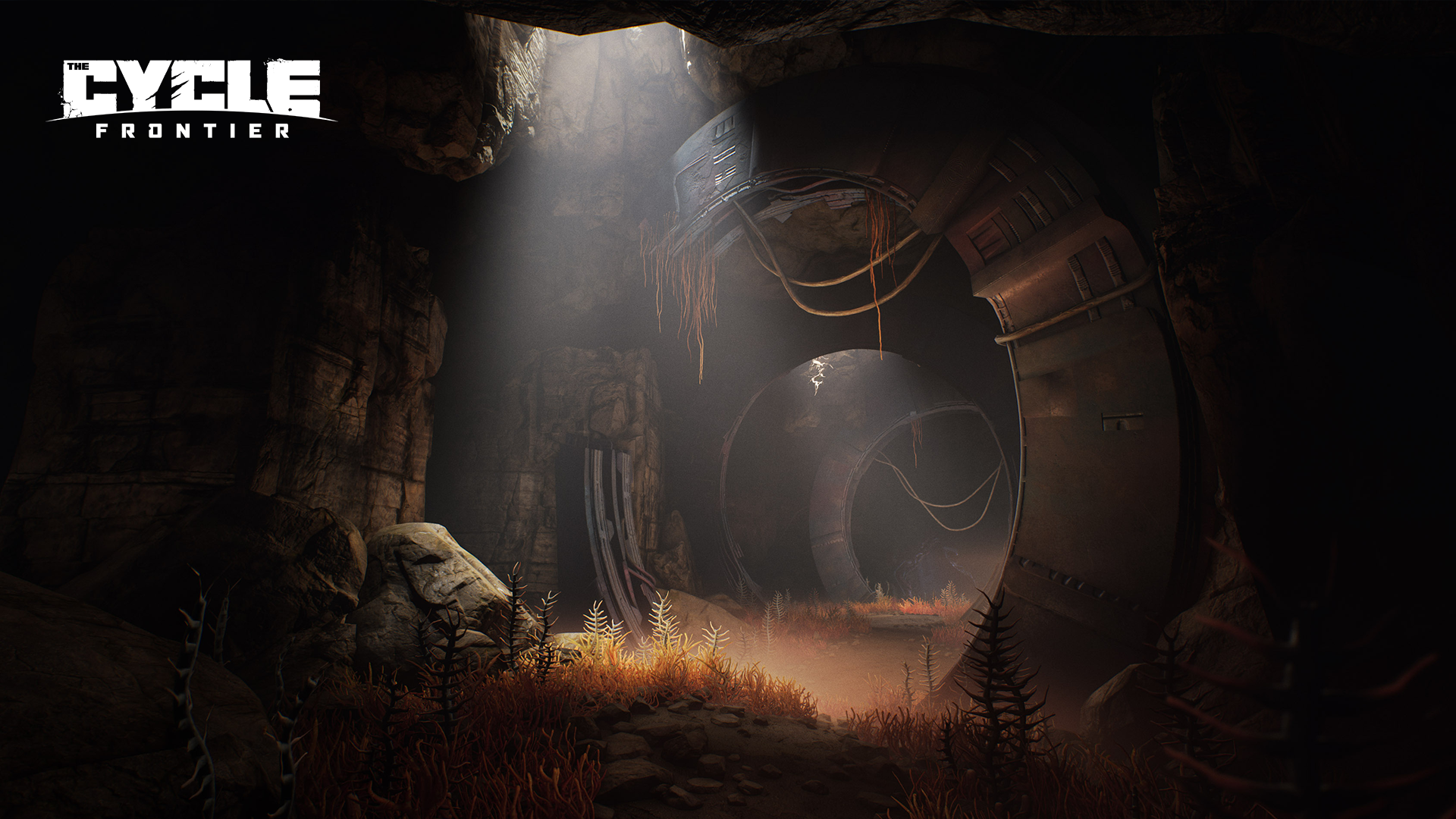 A couple of years before the Cycle began, Korolev discovered Tharis Island and started to investigate the mysterious caverns and canyons within. Their findings were worthwhile, but came at a cost. Those who ventured too deep into the caves began to act strangely, showing subtle signs of an ever-dwindling sanity. These affected members of Korolev came to be known as the Cultists, and their original plans of studying the caverns quickly turned into an aggressive effort to protect the Forge and the other artifacts found deep within Tharis Island at all costs. Now, 30 years later, traces of those cultists have all but vanished. Tharis Island is no longer radioactive, and prospectors have begun exploring the depths of this new and mysterious location.

Tharis Island is a remote location that features Korolev and Osiris activities surrounding a series of caverns and canyons, with a central abyssal cavern sporting alien tech as its centerpiece. 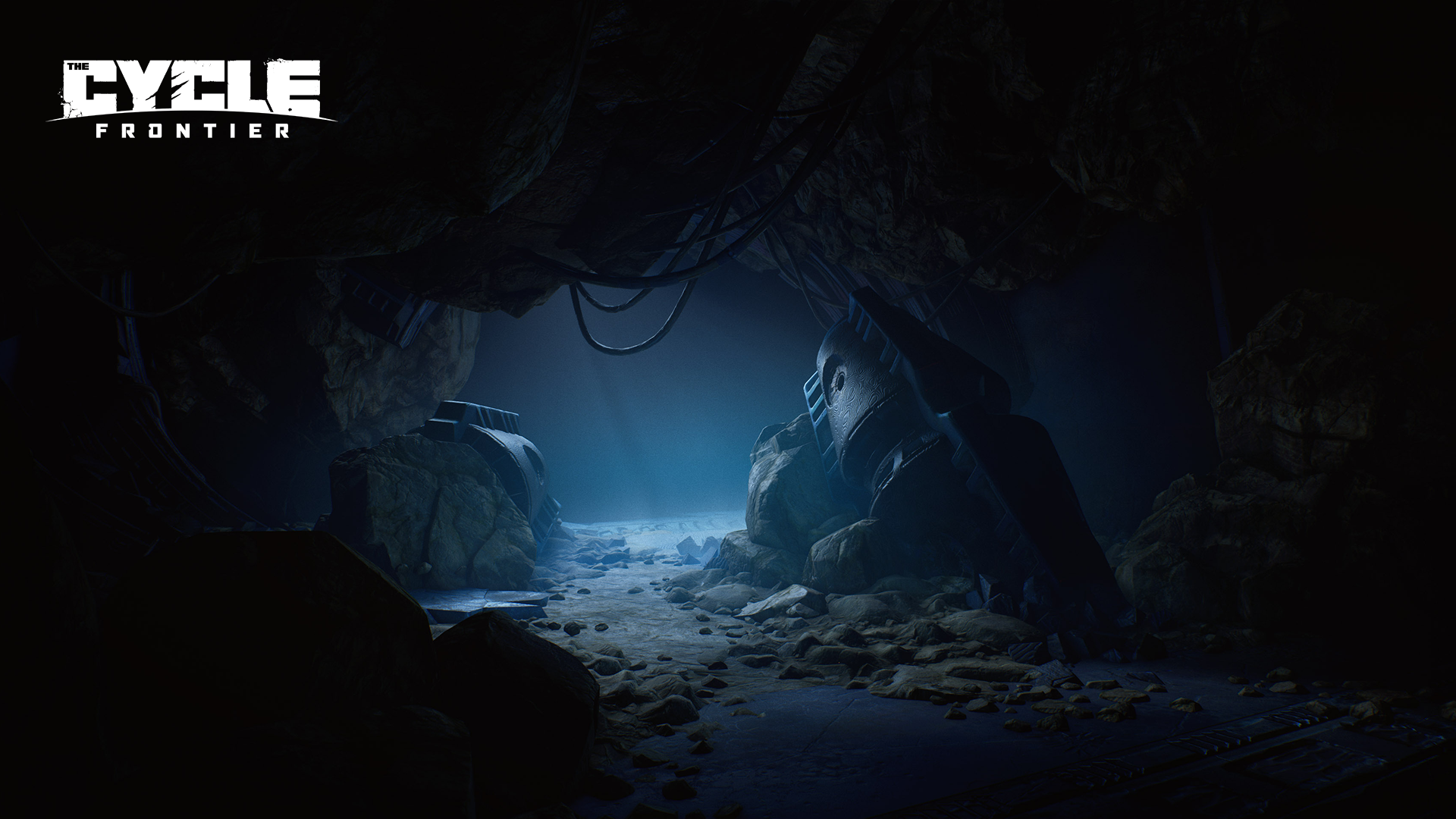 Danger lurks around every corner so only the most seasoned prospectors are permitted. Once you've gained the trust of the factions, you'll be able to aim your drop pod at the few spots safe enough to land and take advantage of what bounties this place offers. Just make sure to report your findings to your employers. It's all about research after all, right?

Be careful when you venture into the dark unknowns, as you might encounter ancient technology in an area far more vicious than everything that you have encountered so far.

Creatures aren't the only thing you'll need to watch out for while venturing deeper into the tunnels of the secluded island. Exercise caution and watch your steps as you explore the depths of Tharis Island. The voids are seemingly bottomless, and no gear recovery team is reckless (or paid) enough to risk eternal torment for a gun or two.

As such, here's what will be displayed on your insurance screen: 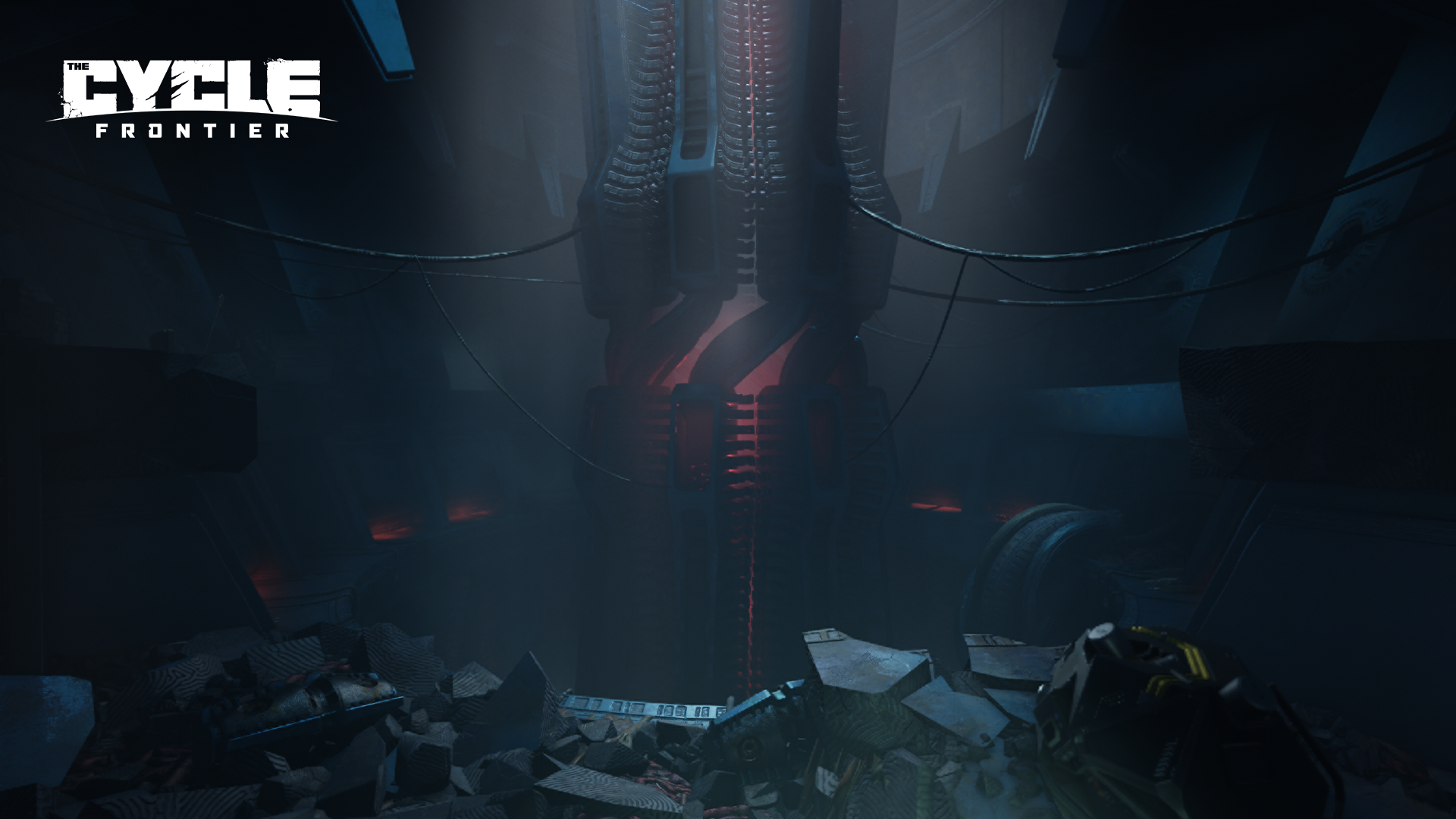 In the deepest, darkest depths of the caverns lies a massive, outlandish machine: The Forge. Its exact origins are still unknown and shrouded in secrecy, though some factions still have a vested interest in learning more about the powers held by such ancient technology. Only the bravest of Prospectors will have a shot at uncovering its secrets, but keep in mind many who tried before have been lost forever. Or worse, clawed their way back battered and scarred. Changed. Exploring the abandoned faction camps and research facilities may hold vital evidence in unlocking the mysteries for those foolish enough to ignore the warnings left by early exploration parties.

No doubt will you uncover all of the Forge's secrets in due time. For now, we want to allow you to explore the Island with fresh eyes and solve its mysteries on your own.

We also have a lot of general improvements happening with this new update! We want to again extend a big thank you to our players for all of the feedback that they've provided over the course of Season 1. We hope these changes will reflect positively in your experience with Season 2. 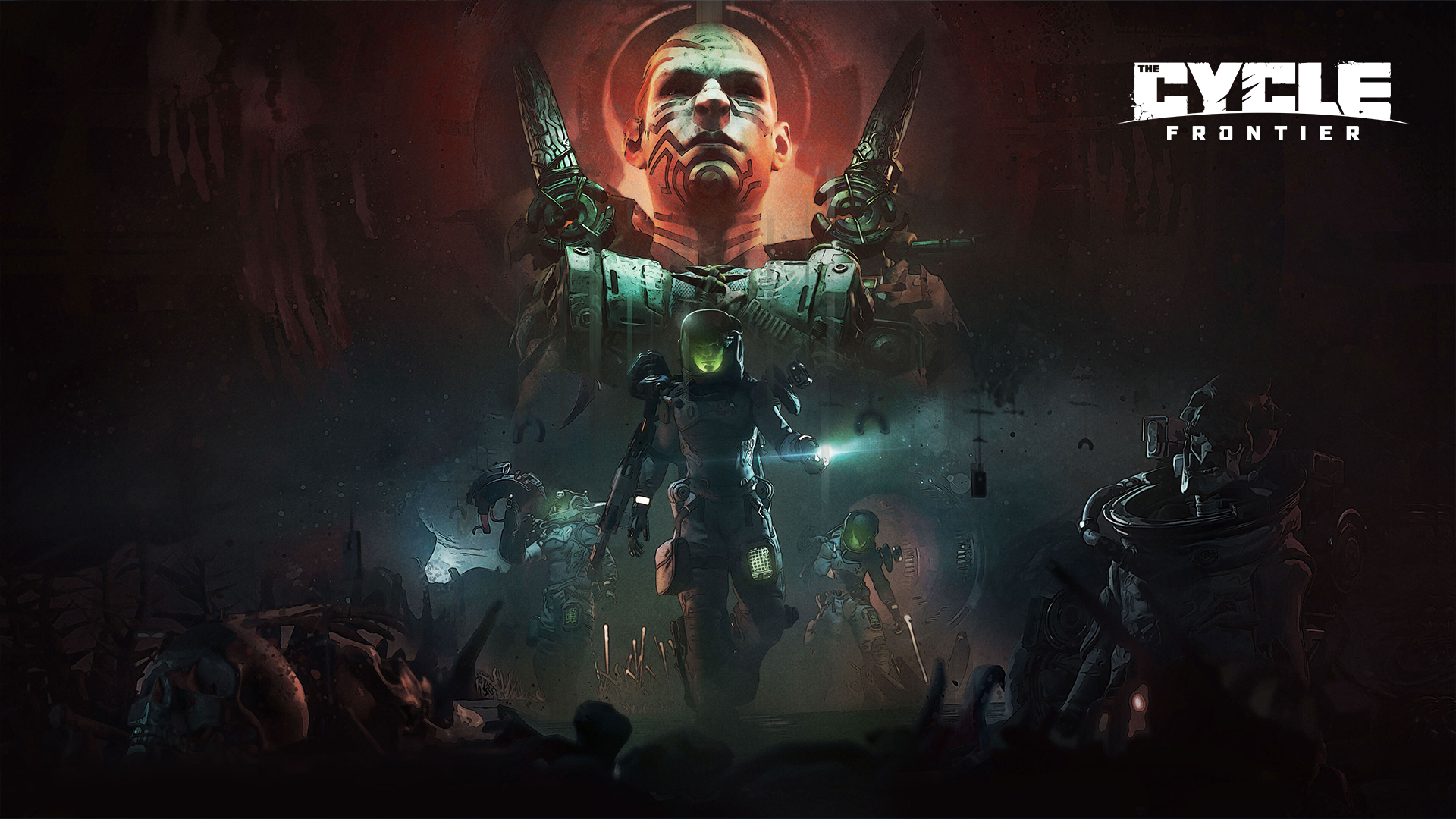 As in Season 1, the paid version of the Fortuna Pass is 950 Aurum. This includes XP boosters for the pass, new Prospector skins, melee weapons, emotes, banners, charms and more. The two amazing new Prospectors available in Season 2 are The Cultist and The Explorer. We also revisited some of the item distribution in the Pass, to make progression through the levels more rewarding.

What you'll find in the pass 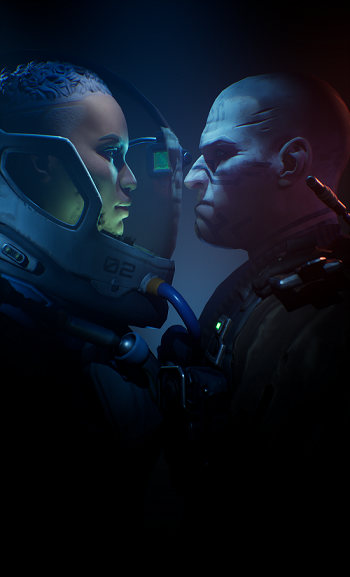 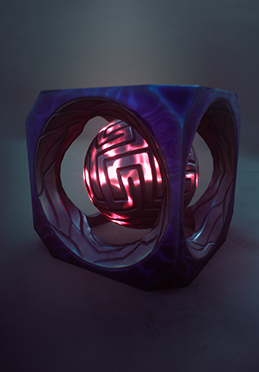 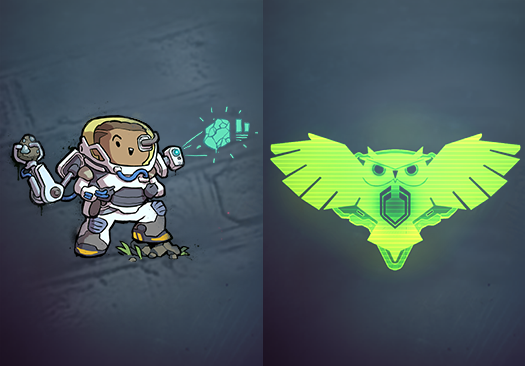 Get ready for the limelight! After countless requests calling for her grand return, Prime Time is back with her dazzling outfit and selection of expressive headgear. She will be available for the whole duration of Season 2, just check out the bundles section in our shop or get it directly from your platform of choice!

Lighten up the station with your sparkle! (The GIF might take a moment to load) 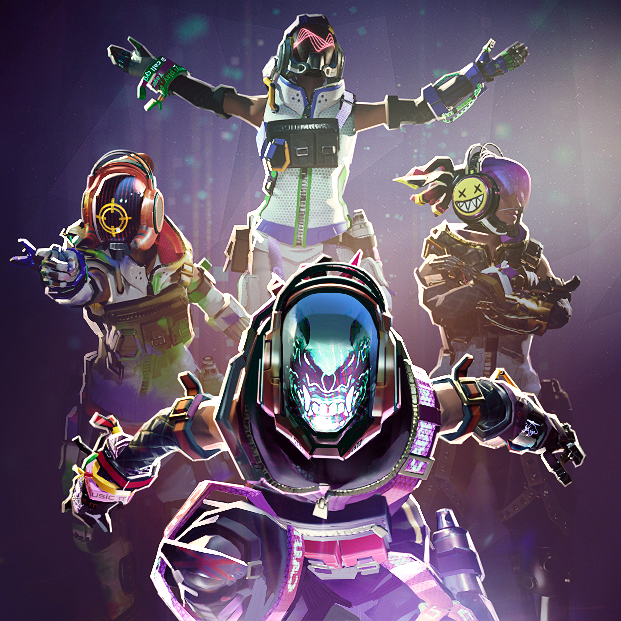 Lastly, we've added a whole new component to how defensive gear works in the game that relates to the ancient technology of The Forge... but we'll let you explore and discover this on your own! That's all for now, prospectors! Thank you all for helping create a wonderful first season of The Cycle: Frontier, and hopefully many more seasons to come!

We will have some additional information coming on the 29th in the form of a livestream with parts of our dev team. You will be able to tune in on Twitch, YouTube, or our game's Steam store page.
Keep an eye on our Twitter for the exact start time and additional information - We heard that there will be a lot of cool things raffled out during the stream.