Hello Prospectors!
Welcome to our first patch of 2023. We have a lot of bug fixes for you and started our work on Patch 2.8.0. Hunter Vision will remain disabled until further notice.
For the upcoming Patch 2.8.0 we are taking another look at the current performance of weapons... looking at you there Basilisk.

If you login you will receive your rewards from the Holiday Monster Bash:

The login reward is available until patch 2.8.0!

We have implemented a fancy news system in the game that we will start using with the next patch. Everything that is important surrounding The Cycle: Frontier will be visible after you have logged into the game. We will have to run some final tests with the feature in the live build before we can properly use it. Additional information will follow in the patch notes for 2.8.0, so stay tuned for more info and screenshots in the next update!

We have rebalanced our loot tables. This means there is always a slight chance to find higher-tiered items in the containers you loot. Make sure to leave no stone unturned!

After a discussion between the Game Designers and Community Managers we have changed a bunch of the healing items in the game. Medkits should be viable in and outside of combat, depending on the scenario of course. (Not everyone is a capable combat medic) and the changes should give you more freedom of choice.

Gravity, everyone's arch nemesis, felt a little bit too punishing. While you still should be scared of taking damage from falling, dying because of small movement mistakes is less likely. In the image below you can find the old calculation on the left, and the new calculation on the right. 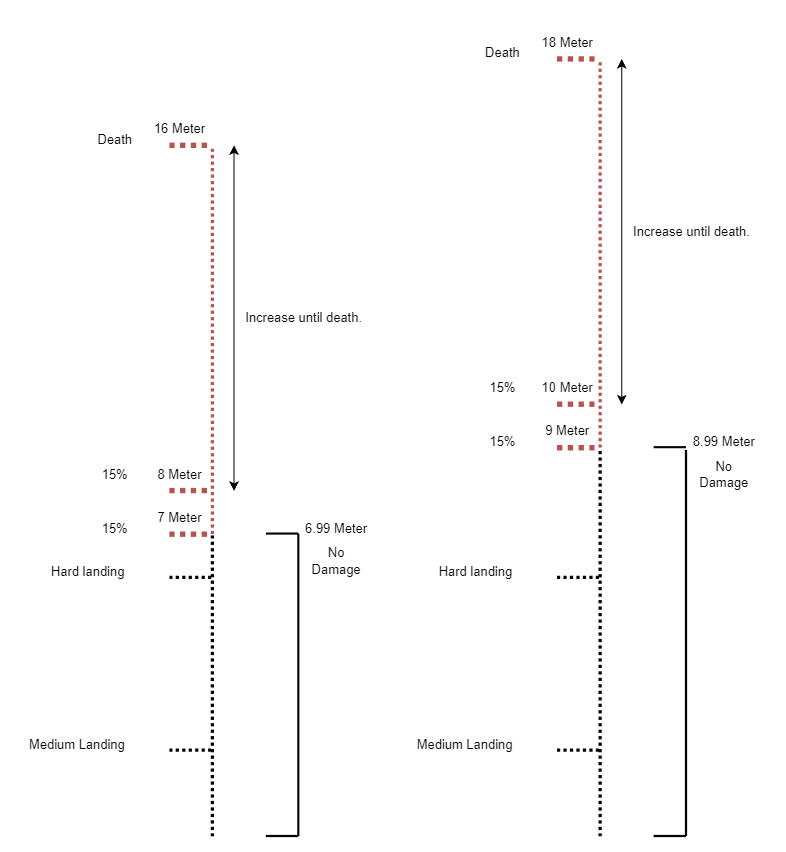