Our planet thus sits at the edge of known space, almost a decade of travel away from the nearest populated planet of note, and barely a speck on even the most detailed maps. Only those interested in a near lawless frontier life, for adventurers and opportunists, would consider coming here.

In the year 2298, xenoarcheologist Dr. Juliana Irvine submitted a paper for review advocating multiple radical theories concerning H-C5 planets. During peer review, it caught the attention of an investment group who quickly purchased exclusive rights to the paper, effectively purging it from public view, and promptly hired Dr. Irvine and her research staff, having them sign strict NDAs to further ensure their research remained secret. The group organized a conglomerate of private companies, all aligned to the aim of discovering and claiming a resource-rich habitable H-C5 planet for themselves, without the involvement of any nation state or The Federation.

This new conglomerate, not directly affiliated with any of the larger megacorps or particularly loyal to their nations, set up an expedition the year after with a small fleet, the flagship of which would serve as a permanent orbital station. Other ships carried additional station components, cargo for planetary habitats and settling, and of course thousands of personnel. In addition, several colony ships were drafted but kept in the dark about their true destination, other than it being a new habitable planet. The setup costs for the operation were exorbitant, but it had the potential to the conglomerate to a status equal to established megacorps, and in an optimistic scenario could lead to the founding of a new planetary nation under their control.

Travel from the Federation’s closest jump point (a method of mass transport between two bases, at extreme costs from energy use) to H-C5.09 took ten years, and to the group’s elation the planet was confirmed as an H-C5 type, with the solar system christened Fortuna after the goddess of fortune. After two years, with the research station set up, the planet’s surface mapped, and half a dozen settlements installed, they announced the finding to the Federation to legitimize their claim. While far from a public announcement to the world as a whole, this still caught the attention of the megacorps who would be willing to buy land leases on an H-C5 planet, as well as the attention of other factions and potential settlers.

Seven years in and with multiple corporate and colonizing fleets heading for the planet in deep space travel, and with the construction of a jump point underway within the system, The Cycle began. The loss of life was horrendous, with every survivor evacuating to the orbiting station. In order to house the new population, some of the old freighters and colony ships became part of the station and Prospect Station was born. Fortune isn’t always good, as it turns out.

Our planet thus sits at the edge of known space, almost a decade of travel away from the nearest populated planet of note, and barely a speck on even the most detailed maps. Only those interested in a near lawless frontier life, for adventurers and opportunists, would consider coming here. The Federation has little effective authority, but the threat of one of their ships or fleets arriving to “bring order” still exists. 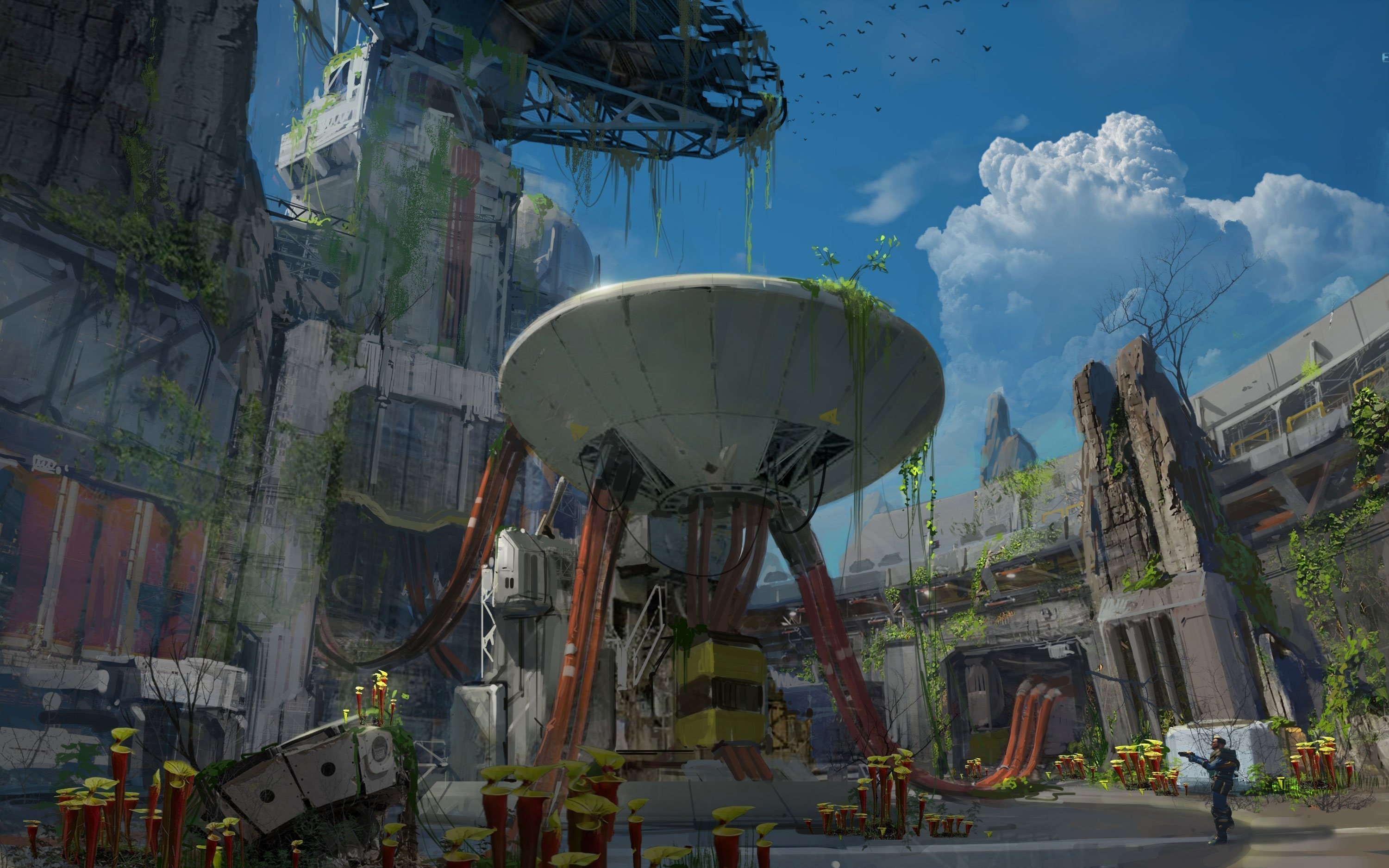 While the evacuation of the planet began before the cycle stabilised to become a near permanent hazard, most structures and much of what they contained were left due to the expense of moving them off planet and the expected limited space on the station or ships leaving the system. As it’s been over two decades since the planet was evacuated, vegetation has claimed most of the structures. Holes in structure walls and ceilings from animal activity, prospectors, or just disrepair are common, letting in more vegetation and light. Larger structures have been taken over by local creatures for nesting, with bones and claw marks common in areas with aggressive creatures. When the cycle starts reaching its apex, some electronics may get powered up: lights flicker, flood lights turn on, some doors suddenly open or close, creepy sounds plays over megaphones spread throughout the area, unbroken monitors and screens turn on and display static, corporation logos or evacuation warnings, holographic assistants come to life, etc… 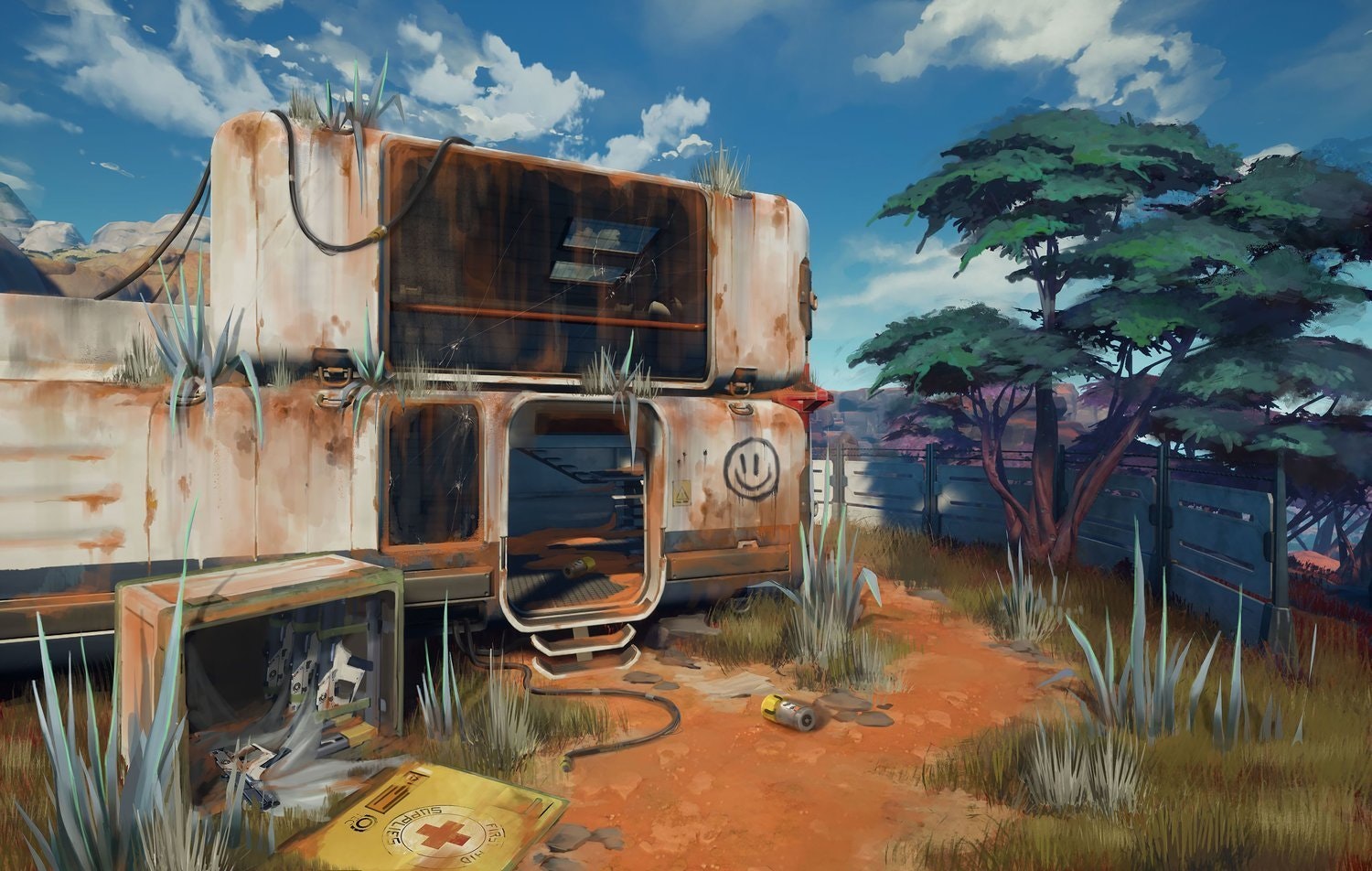